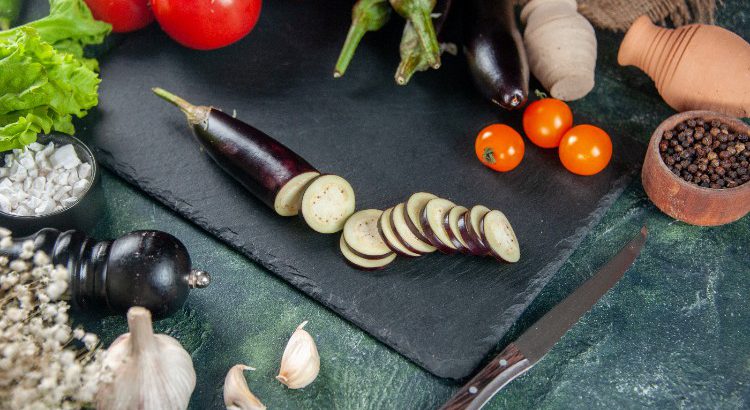 Are you craving pizza but want to reduce your carbohydrate intake? Try these vegetarian eggplant pizzas that are full of flavor and are healthy to boot! Buy low-fat mozzarella to help reduce the saturated fat.

Bake on the middle rack of your heated oven for about 15 to 20 minutes or until the eggplant has softened, turning over halfway through.

Meanwhile, in a skillet, heat about 1 tablespoon extra virgin olive oil. Cook the mushrooms over medium-high heat for about 5 minutes, tossing regularly until they gain some color. Stir in the spinach briefly until it wilts. Season with a little bit of kosher salt.

When the eggplant is ready, take it out of the oven and top each eggplant slice with 1 tablespoon of marinara sauce and 1 slice of fresh mozzarella.

Turn the oven to broil and return the sheet pan to the oven. Broil very briefly watching for the cheese to melt (about 1 to 2 minutes).

Note: It’s important to slice the eggplant into thicker rounds (about ½-inch slices) so that they do not burn in the oven and also so that they provide a sturdy base for your toppings.