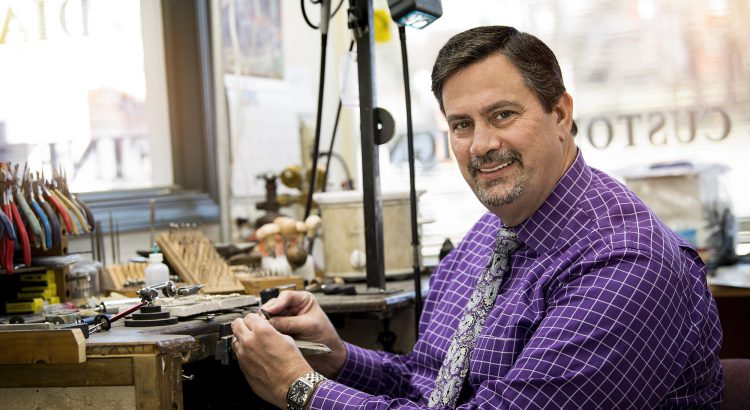 The news that Carroll Hospital was named one of the best hospitals in Maryland this year by U.S. News & World Report didn’t come as a surprise to Seth Shipley. After all, the care he had received at the hospital just a few years earlier was more than award-worthy. It was good enough to give him goose bumps.

“Have you ever had something give you a chill from your head to your toes—in a good way?,” he asks when describing the double partial knee replacement he underwent in 2016 to treat arthritis that had left him bow-legged and in agonizing pain. “That’s what I felt when I got out of surgery. Suddenly my feet were straight again. I was walking straight again. And the pain was virtually gone. It was overwhelming.”

For physicians like David Silber, M.D., the Carroll Health Group joint replacement specialist who treated Shipley, the level of quality at Carroll Hospital was evident long before the awards were handed out.

“I’ve operated at other hospitals in my career, and from very early on I narrowed my practice into Carroll Hospital because I knew my patients got the best care there,” he says. “From the nursing and anesthesia teams to the overall culture of safety and quality at the hospital, it’s far and away superior. It’s nice to be acknowledged with awards, but knowing that my patients, like Seth, are exceptionally cared for—that’s what makes me sleep easy at night.”

Jeffrey Wothers, chair of the Carroll Hospital board of directors, says the hospital monitors a robust dashboard of data—from hospital-acquired infection rates to patient readmission rates—to ensure the highest quality of care. But, like Dr. Silber, he believes that the hospital’s success ultimately comes down to its people and its culture.

“In the 10 years I’ve served on the board, I’ve met a great cross-section of people—from patient techs to environmental services associates. And I can tell you that every single person here understands the importance of doing their job really well,” Wothers says. “They don’t get a big spotlight or thank you, but they all go above and beyond anyway. We’re a hospital built by our community, for our community, so taking care of each other is in our DNA.”

Shipley—who was back behind the counter of his business, Shipley’s Fine Jewelry in Hampstead, just 10 days after surgery—was also as impressed with the hospital’s culture as he was with his recovery. It’s one of the reasons he’s chosen to give back to Carroll Hospital year after year, as both a financial contributor and as a co-chair of the Carroll Golf Classic.

“I couldn’t believe how many people from around the hospital came to visit with me after my surgery. Even my wife’s doctor came by to check on me,” Shipley recalls. “That kind of community feeling is really cool. It shows you the incredible level of care that happens at Carroll Hospital.”