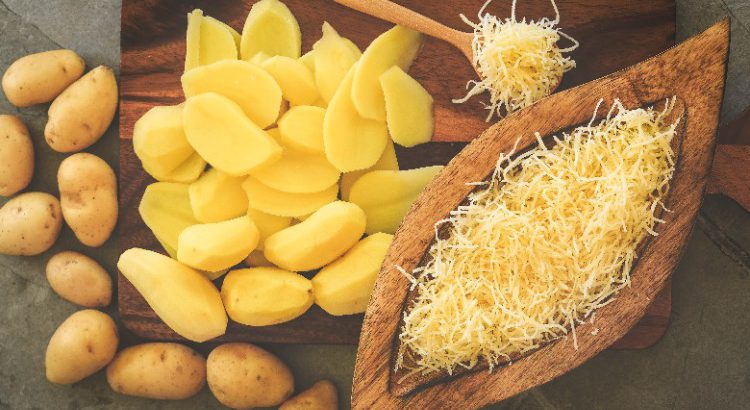 This recipe makes a delicious holiday side dish and uses milk instead of heavy cream to lighten it up. Leeks in this dish give a sweet and mild onion flavor that pairs well with potatoes.

Preheat oven to 375°F. Combine milk, potatoes and garlic in a large saucepan; bring to a boil. Reduce heat and simmer 5 minutes or until potatoes are almost tender. Drain in a colander over a bowl, reserving 1/2 cup milk mixture.

Melt butter in a 10-inch cast-iron skillet over medium heat. Add leek; cook 8 minutes or until tender, stirring occasionally. Remove pan from heat; place leek mixture in a bowl. Arrange half of potato slices in a single layer in bottom of skillet or a gratin dish; top evenly with half of leek mixture. Sprinkle with 1/2 teaspoon salt and 1/4 cup Gruyère cheese.