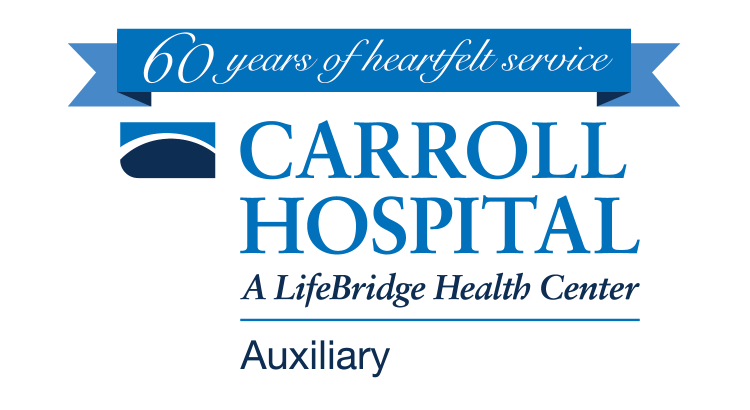 The Carroll Hospital Auxiliary is celebrating 60 years of service this month! Ever wonder how the Auxiliary got started? The hospital’s 50th anniversary book, published in 2011, provides a bit of insight:

In the summer of 1958, fresh off the successful campaign to raise money for the county’s first hospital, Gladys M. Wimert sat behind the wheel of her little yellow Opel, going from Hanover to Westminster, when she had an idea.

Wimert—the well-known Westminster civic leader, newspaper columnist and radio show host— turned to her road-trip companions and announced, “We’re going to have an Auxiliary for our hospital.”

Mabel S. Reese, her good friend with a kindred volunteer spirit, knew instantly that it would happen. Wimert was a “woman of action,” Reese once noted in an article for Heartbeat, the hospital’s quarterly publication. “She was a real go-getter. And everybody was enthusiastic.”

Older than the hospital itself, the Carroll County General Hospital Auxiliary officially organized on September 2, 1958, during a meeting in the auditorium at Westminster Elementary School. Wimert was elected the first president of the Auxiliary, along with Doris C. Pinckney, first vice president; Mrs. Katherine Lawyer, second vice president; Darthean Fox, recording secretary; and Mabel Reese, coordinator of volunteer workers.

In September 1959, the Auxiliary staged its first Silvery Moon Ball, an elegant affair that became the group’s signature fundraising event. Charles O. Fisher Sr., a hospital founder, legal counsel and a member of the board of directors since 1961, never forgot the sheer magic the Auxiliary created for that first ball: “The Westminster Armory was draped in silk parachutes, creating billowing clouds overhead, and underneath, a sold-out crowd of enthusiastic revelers.”

Today, more than 500 community members are part of the hospital Auxiliary, of which approximately 200 are active volunteers. 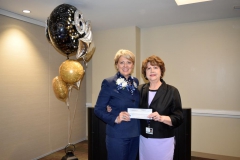 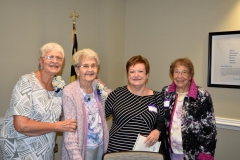 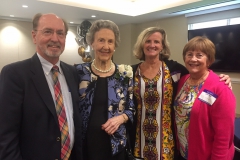 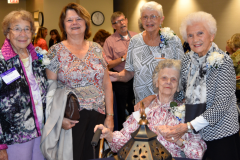 Just as the Auxiliary was a motivating force behind the original funding for the hospital, its members still work tirelessly to raise funds for the hospital and its services.

In addition to the ball and spring fashion show fundraisers the Auxiliary hosts each year, revenue from the operation of The Candy Striper Gift Shops and Boutiques, along with the White Rabbit Thrift Shop, contribute significantly to the Auxiliary’s pledged donation goal each year.

During a special anniversary celebration on September 18, Del. Susan Krebs presented a state proclamation recognizing the Auxiliary’s 60 years of service, and Auxiliary president Barb Gunther and hospital president Leslie Simmons shared the interwoven history of the hospital and the Auxiliary, highlighting local community members who worked in support of the hospital.

Tickets are now on sale for this year’s ball, All Aboard!, taking place on Saturday, November 3 at Martin’s Westminster. Proceeds from the evening will benefit the expansion and renovation of The Family Birthplace.

Click to learn more about becoming a member of the Carroll Hospital Auxiliary or call 410-871-7280.